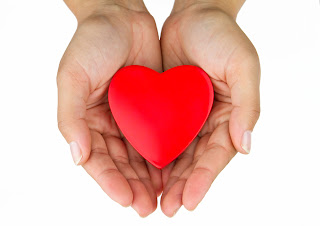 Whenever I get something major wrong with me, it's never something normal.

When I was in my early twenties, my lung collapsed four times before it was properly diagnosed. When it was, I was told that a spontaneous pneumothorax was a rare thing, and I turned up in the minority. Two major lung surgeries later (both before I turned 25) and I was cured. I had a suspicion I wasn't done with being weird medically though.

Here's a brief rundown of my fight with breast cancer:
So....my first chemotherapy treatment is September 4th, two days after my birthday. I'm told I will feel terrible for about a week. I'm also told I'll lose my hair. There will be a total of four heavy duty treatments, but the first one is the worst. Once those are done, there will be a weekly treatment, but it supposedly easier to deal with. I met the chemo nurses at the oncologist's office, they say I have a positive attitude, and that's half the battle.

I'm kind of a strange person. I tell people I'm not very curious. In other words, there are a lot of people who have wanted to take me under their wing and tell me exactly what they think will happen to me during chemo. I don't want to know. I want to find out as it happens. It might be different for me. Prime example of this is the tissue expansion process I'm going through. Countless people told me how much it would hurt, and that it's "worse than the surgery." I've found that it's not. Yes, it hurts, but it's not that bad. Believe me, so far nothing I've experienced has been worse than lung surgery...not even giving birth to a ten pound baby naturally!

What I recommend to all women is to get your annual checkup. I've had yearly mammograms since I turned 45. Even though this mass they removed was "the size of a lime"...I didn't feel it. The ob/gyn didn't feel it during my annual check up. I'm going to make it through this nightmare, and I'll be the one in five years saying "I made it."
Posted by Rowena Sudbury at 10:04 AM