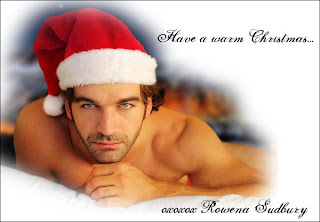 Posted by Rowena Sudbury at 10:22 AM No comments: 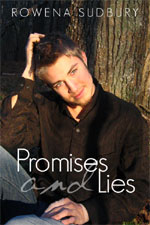 Promise and Lies
by Rowena Sudbury
Blurb:
When Sean Murphy meets Jeff Hayes in a park one day, he's charmed by the simple pleasure Jeff finds in walking his dog, and despite Jeff's guardian, Jesse, hovering over them, a friendship is born. Sean realizes there’s something different about Jeff, something that would explain his timid nature and fear of disappointing Jesse, and he suspects Jeff has been a victim of abuse.

Sean works hard to earn Jeff's trust, but there are so many challenges to meet: Jeff's unusual dependency upon Jesse, Sean's devil-may-care attitude toward the past, and old nightmares and disabilities that continue to haunt Jeff to this day. Their growing love might not be enough. Jeff will have to find courage from somewhere deep within to take control of his life and decide if he wants Sean to be a part of his future.

Promises and Lies is available at Amazon and Dreamspinner Press .

Posted by Rowena Sudbury at 2:38 PM No comments: